Watching Glory Die had its premiere performance at Vancouver’s venerable The CULTCH from April 23 to May 3, 2014.   The production ran at Berkeley Street Theatre Upstairs in Toronto from May 15 until June 1, 2014.
Critical Response

“Judith Thompson stuns in Watching Glory Die.  She nails every scene in writing and performance.” PostCity

“hugely effective.  I wouldn’t be surprised if Thompson picked up at least a Dora nomination…for acting” Toronto Star

A riveting yet deeply compassionate portrait of three women, inextricably linked by shared helplessness in the face of tragedy: Glory, a troubled 19 year old inmate, incarcerated for offences at age 14, whose compulsive, rebellious nature leads to a non-ending, ever spiraling clash with Corrections Canada; Rosellen, the girl’s suburban adoptive mother desperately trying to remain connected to her daughter; and Gail, a working class prison guard, struggling to walk the line between her ‘orders’ and her conscience. Watching Glory Die takes a bold dramatic leap from recent news headlines to forge the kind of visceral lyricism that is the hallmark of Judith Thompson at her most powerful. 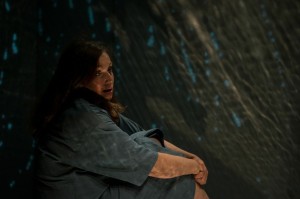 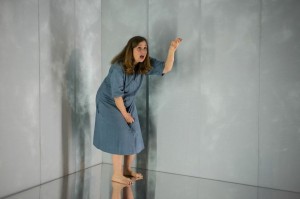 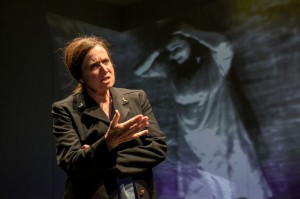 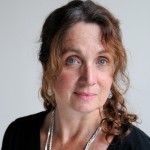 Judith Thompson is the author of the plays Such Creatures, The Crackwalker, White Biting Dog, I Am Yours, Lion in the Streets, Sled, Perfect Pie, Habitat, Capture Me, Enoch Arden and Palace of the End. Her play, Thrill, premiered at the Stratford Festival in 2013. She has written two feature films, Lost and Delirious and Perfect Pie, as well as multiple television movies and radio dramas. A highly esteemed Canadian playwright, she is the recipient of two Governor General’s Literary Awards and an Officer in the Order of Canada. In 2007, she was awarded the prestigious Walter Carsen Prize for Excellence in the Performing Arts and in 2008 she was awarded The Susan Smith Blackburn Award and Dora Mavor Moore Outstanding New Play Award for Palace of the End. Thompson is currently Professor of Drama at the University of Guelph and lives with her husband and five children in Toronto. 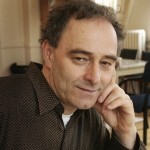 Ken Gass is an award winning theatre director and playwright, as well as the founding artistic director of Canadian Rep Theatre and Factory Theatre (1970-79; 1996-2012). Gass has directed numerous notable productions including The Rez Sisters by Tomson Highway; Belle by Florence Gibson; The Leisure Society by Francois Archambault; A Short History of Night by John Mighton; fareWel by Ian Ross; Better Living, Escape From Happiness and Tough! by George F. Walker. In 2009, he received the prestigious Premier’s Award for Excellence in the Arts in Ontario. His many other awards include the Dora Silver Ticket (for lifetime achievement); a Dora Award for Directing, and the George Luscombe Award for Theatre Mentorship. His plays include The Boy Bishop; Winter Offensive and Claudius. 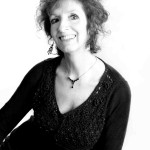 Astrid Janson’s work as a production/set and costume designer has been seen across Canada, in Paris, N.Y, Amsterdam and Berlin. She has designed theatre, opera, dance and film projects for the National Ballet, The Stratford Festival, Canadian Stage, The National Arts Centre, Soulpepper and many films and specials for television. Recent credits include This (Canadian Stage), The Small Room at the Top of the Stairs (Tarragon Theatre), The War of 1812 (Videocabaret/ Stratford) and Otello (Norrlands Opera: Sweden) For Videocabaret she has designed the costumes for 13 of Michael Hollingsworth’s History plays; including The Life and Times of Mackenzie King (Dora Award 2012). Significant exhibition work includes Expo ’86 and a Discovery Gallery for the ROM. Awards include 15 Dora Mavor Moore Awards, The Silver Ticket Award for Lifetime Achievement In The Theatre. She has also received a Toronto Drama Bench Award for Significant Contribution to Theatre and the 2004 Gemini Award (Production Design). 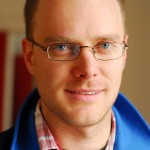 Andre is an award winning lighting designer and producer living in Toronto. His selected lighting designs include As I Lay Dying (Theatre Smith-Gilmour), SPENT (Theatre Smith Gilmour, Why Not Theatre, TheatreRUN), The Double (Theatre RUN) for which he won a 2012 Dora Award for Outstanding Lighting Design, dirty butterfly (Bound to Create Theatre), The Rez Sisters (Factory Theatre), Rare (Young Centre for the Performing Arts), Dear Liar (Why Not Theatre) with Bollywood star Naseeruddin Shah and the award winning Tomasso’s Party (Rooftop Creations) which he also produced. Andre is the producer of Canadian Rep Theatre and the Artistic Producer of the Lab Cab Festival: Parkdale. 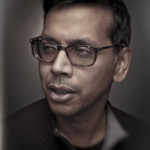 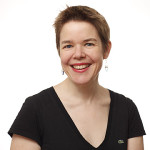 Nan apprenticed on the premiere of I Am Yours and worked on Tarragon Theatre’s remount of The Crackwalker. She is very pleased to be part of Watching Glory Die during Canadian Rep Theatre’s inaugural season. She has had the pleasure of working with Canadian Stage Company, VideoCabaret, National Arts Centre, Buddies in Bad Times, Soulpepper, Optic Heart Theatre, Obsidian Theatre, Theatre Columbus, Factory Theatre and Against the Grain Theatre. As assistant stage manager, she’s worked with Opera Atelier, Nightwood Theatre, Mirvish Productions, Harold Green Jewish Theatre, Soundstreams, Luminato and Thousand Islands Playhouse. Nan studies printmaking at OCAD University. 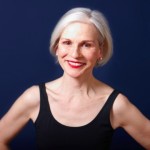 Nicky Guadagni is primarily an actress and a teacher. She’s taught and directed at George Brown College, NTS and UCDrama at U of T. In 1985, Nicky led the cast of the CBC prison drama Turning to Stone written by Judith Thompson. In 1988 she played Ann Hansen who was sentenced to life in prison in The Squamish Five, also for CBC and co-written by Ken Gass. Her one woman show Hooked by Carolyn Smart and directed by Layne Coleman was performed to great acclaim at the Edinburgh Fringe 2013 and will be produced by TPM in the spring of 2015.