Thanks to all who came to see Pacamambo.

For those that missed it, here are some of the reviews:

Ken Gass is back. And that, my friends, is excellent news for Canadian theatre…Ken Gass’s comeback is eminently worth seeing and should be supported. Go see it — and give Growl a pat from me. – Toronto Star

Ken Gass gets strong performances out of the four cast members: Robinson is engaging as the concerned and frustrated psychiatrist; Polak is endearing and convincingly canine as Growl, Harper is terrific in the role of the helplessly dead Marie Marie, and Keating carries the show as the charismatic, vulnerable and emotionally explosive Julie. – Theatromania 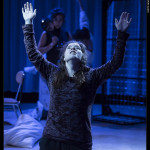 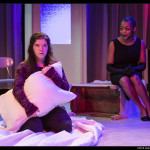 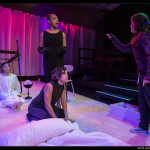 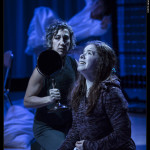 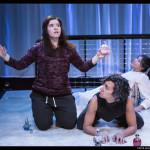 Pacamambo will showcase at the intimate 72-seat venue, The Citadel at 304 Parliament St (south of Dundas St E), home of the dance company Coleman, Lemieux & Co. from January 18 to February 2, 2014.

Julie is angry.  The Moon has taken her grandmother away in the middle of the night.  Now barricaded in the basement with her dog, Growl, Julie waits – to give Death a piece of her mind. 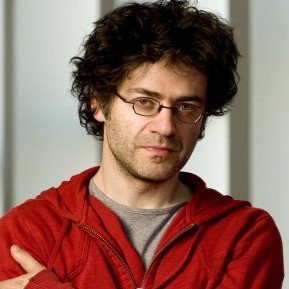 Quebec-based actor/playwright/director Wajdi Mouawad is one of the most widely produced playwrights in Canada and France. An Officer of the Order of Canada and Chevalier of the Ordre des Arts et des Lettres, Mouawad was born in Lebanon in 1968, and came to Montreal from Paris at the age of nine. He graduated from the National Theatre School of Canada in 1991. Winner of the Governor General’s Award (Littoral), Quebec Critic’s Circle Award (Willy Protagoras), Nestroy Award (Incendies) and Le Masque (Don Quixote), his other plays include Alphonse, Rêves, Seuls and Forêts. His play Incendies was adapted into a film, directed by Denis Villeneuve, which was nominated for an Oscar as Best Foreign Language Film. He has been the Artistic Director of the NationalArts Centre (French) and the Théâtre de Quat’Sous 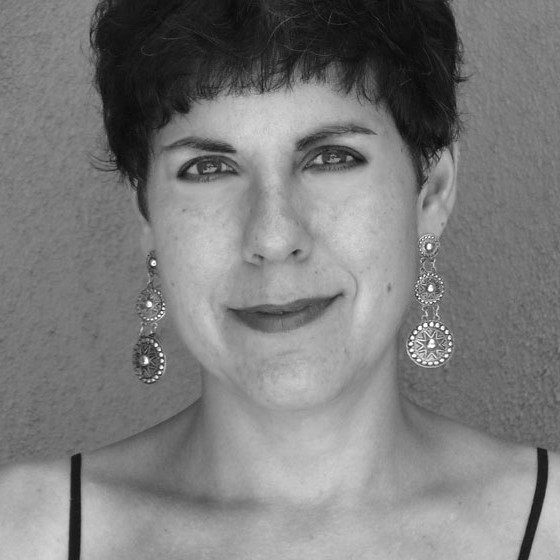 One of Canada’s pre-eminent play translators, Shelley Tepperman is also a dramaturg with a long history in Canadian theatre specializing in script development, project development, and translation for the stage. She translates from French, Spanish, Italian and Portuguese and her more than thirty play translations—three of which were nominated for Canada’s prestigious Governor General’s Literary Award—have been produced on CBC radio and on stages throughout North America and the United Kingdom. Her translations include Wajdi Mouawad’s Timeline (Littoral), Alphonse, and Wedding Day at the Cro-Magnons’ (Journée de noes chez les Cro-magnons), Molière, by Sabina Berman, and Jennifer Tremblay’s The List (La Liste). Shelley’s translation of Jennifer Tremblay’s The Carrousel will premiere at Nightwood Theatre in March. Shelley spent several years working for CBC Radio Arts and Entertainment.  She also works in documentary film and television as a writer, director, and story editor. 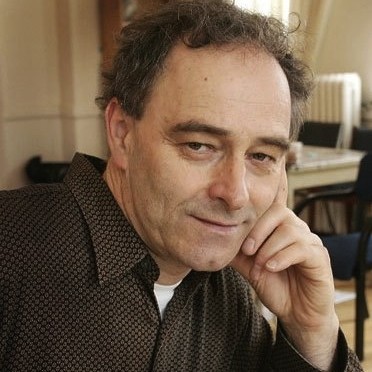 Ken Gass is the founding artistic director of Canadian Rep Theatre and Factory Theatre (1970-79; 1996-2012). Gass has directed numerous notable productions including The Rez Sisters by Tomson Highway; Belle by Florence Gibson (Best Director Award, Ottawa); The Leisure Society by Francois Archambault (Dora Award, Outstanding Direction); Apple by Verne Thiessen; The Tiger of Malaya by Hiro Kanagawa; A Short History of Night by John Mighton; fareWel by Ian Ross; and several acclaimed revivals of plays by George F. Walker including Better Living, Escape From Happiness, Beyond Mozambique and Tough! Gass is the winner of the Premier’s Award for Excellence in the Arts, The George Luscombe Award for theatre mentoring, The Toronto Theatre Critics’ Award for contribution to Toronto Theatre, The Toronto Arts Award and is a recipient of the prestigious Silver Ticket Award. 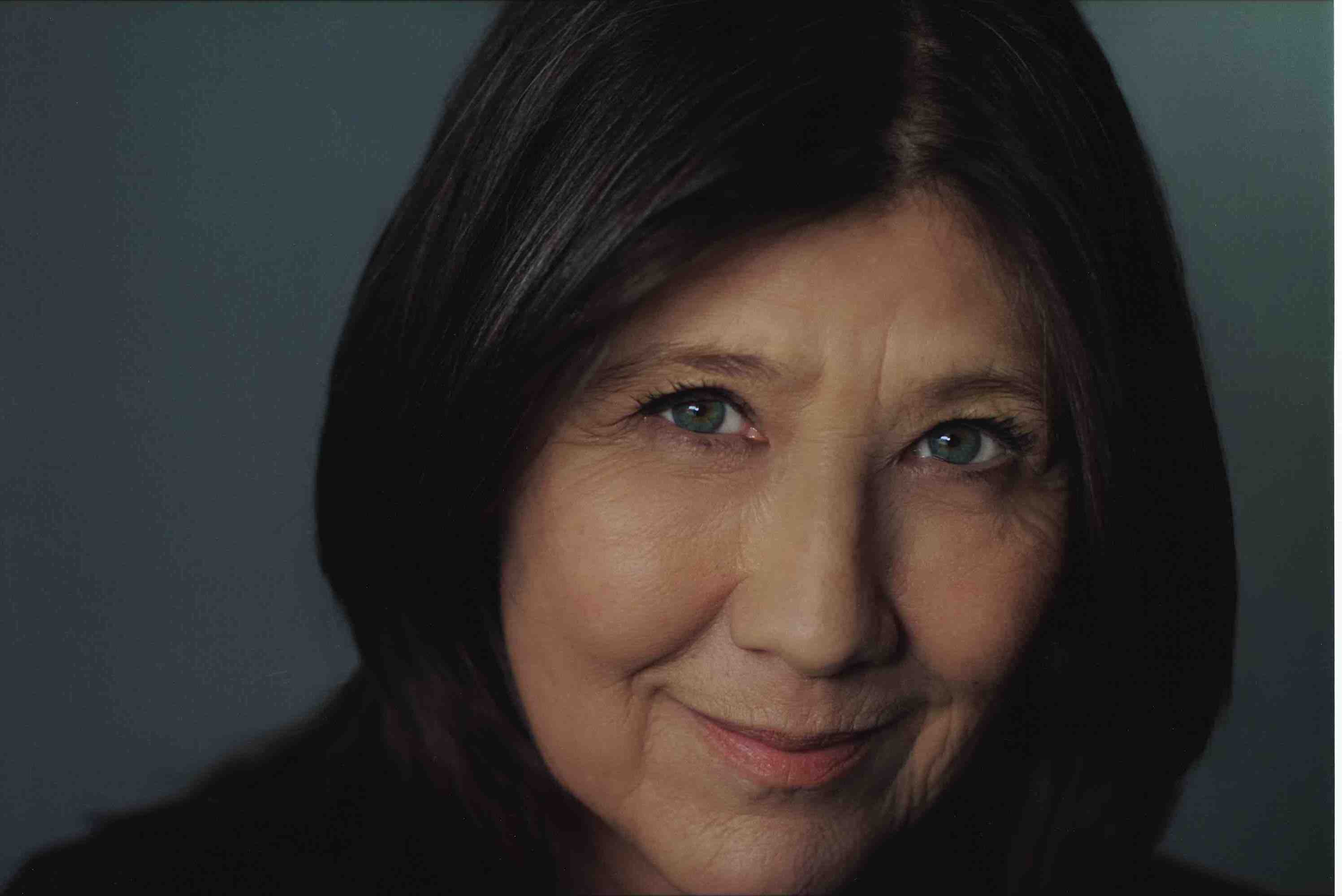 Kyra Harper a working actor in theatre, film and T.V.  She has sustained a career over 4 decades and is from a diverse multicultural background.

Up next: Directing Afterplay in February at Campbell House. 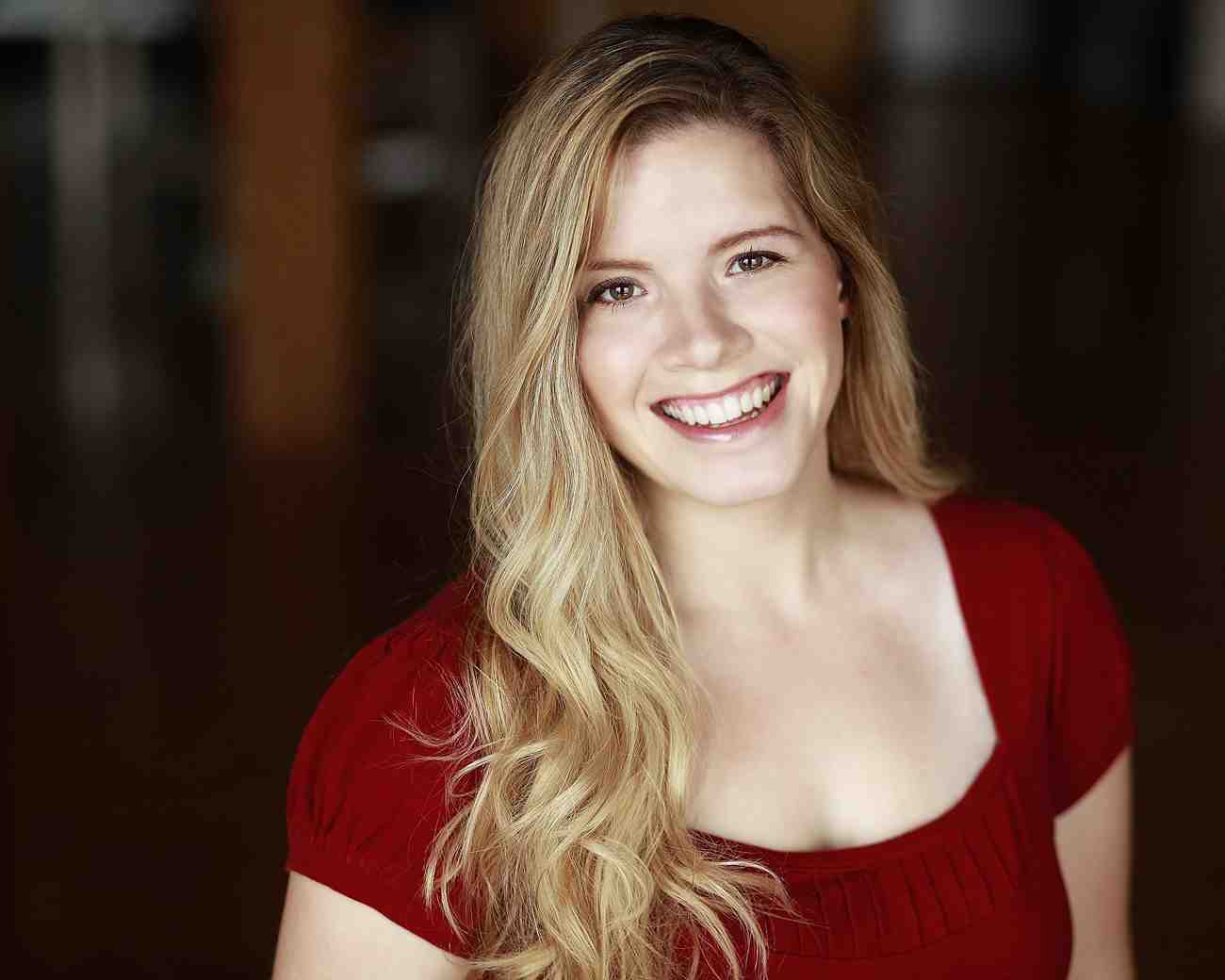 Amy is an actor based in Toronto, and producer and associate artist of Outside the March. Credits with Outside the March include: Passion Play (Outside the March, Convergence Theatre, Sheep No Wool), the Dora-award winning Mr. Marmalade (Outstanding Production), Murderers Confess at Christmastime (SummerWorks), and the Canadian premiere of Oh the Humanity and Other Good Intentions. Other favorite credits include After Miss Julie (RedOne Theatre); Loyal Ronin: The Working Girls’ Version (Spotlight Japan, Canadian Stage); Water Under the Bridge and The Forest in My Room (Carousel Players); Proud (Workshop Production, Talk is Free Theatre); Inside (Appledor Productions); The Importance of Being Earnest (Capitol Theatre); and Beckett’s Shorts (Surreal SoReal). 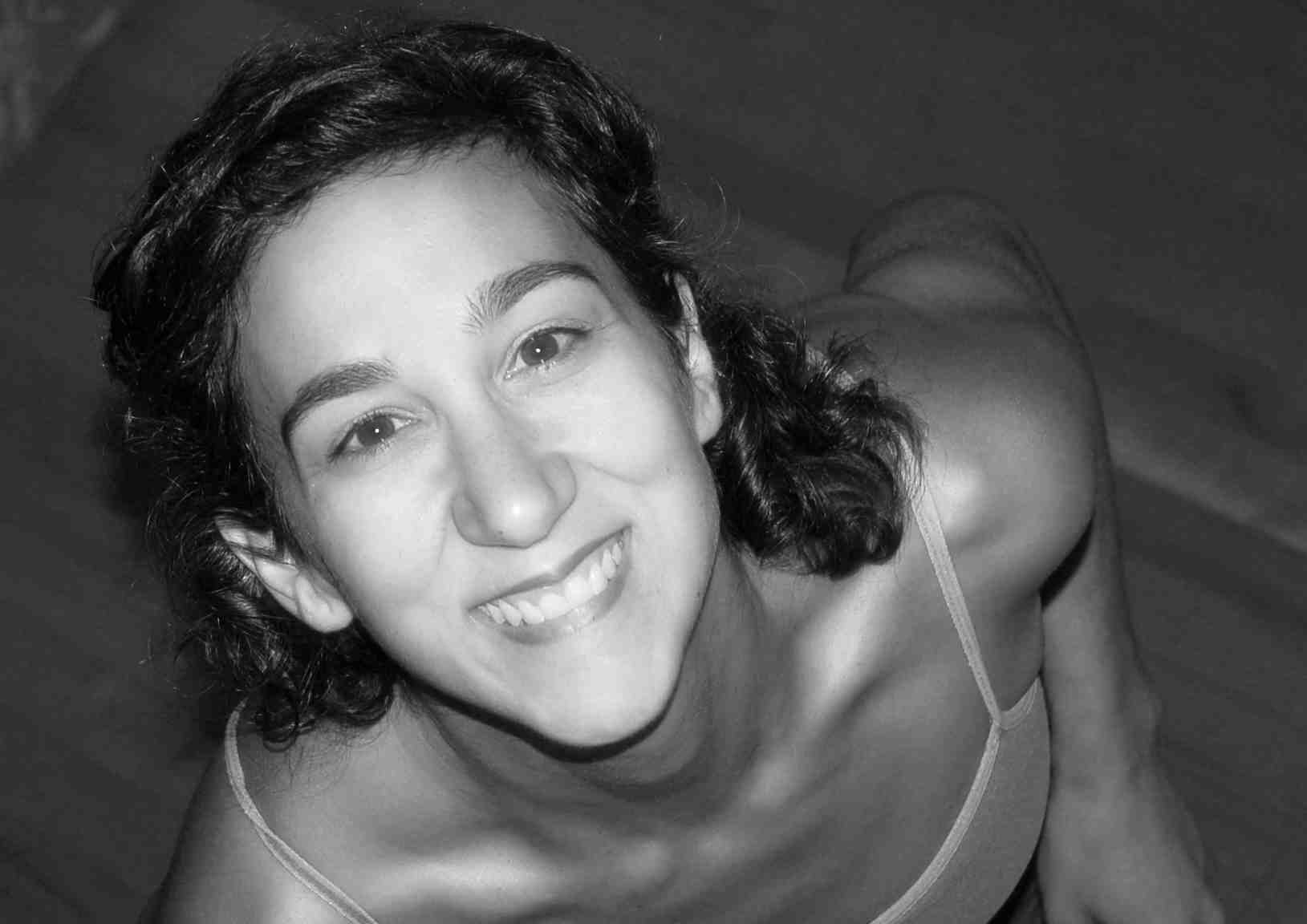 Michelle is multiple award winning interdisciplinary actor, creator and teacher.  Originally from Montreal she is now based primarily in Toronto where she is also a dedicated mother of two.  She has performed internationally and in Canada in acclaimed productions of The Chairs (Modern Times Stage Co.) The Overcoat and A Midsummer Night’s Dream (Canadian Stage) Tout Comme Elle (Necessary Angel/Luminato) Head a Tete (Theatre Direct) and I, Claudia (Crows Theatre) Recently she was seen in The Sacrifice Zone (Theatre Gargantua) and is creating a solo show entitled Sephine as artist in residence with Aluna Theatre. Michelle is also a founding parent of The Grove Community School, a public alternative school located in Parkdale that focuses on social justice, environmentalism and community activism. 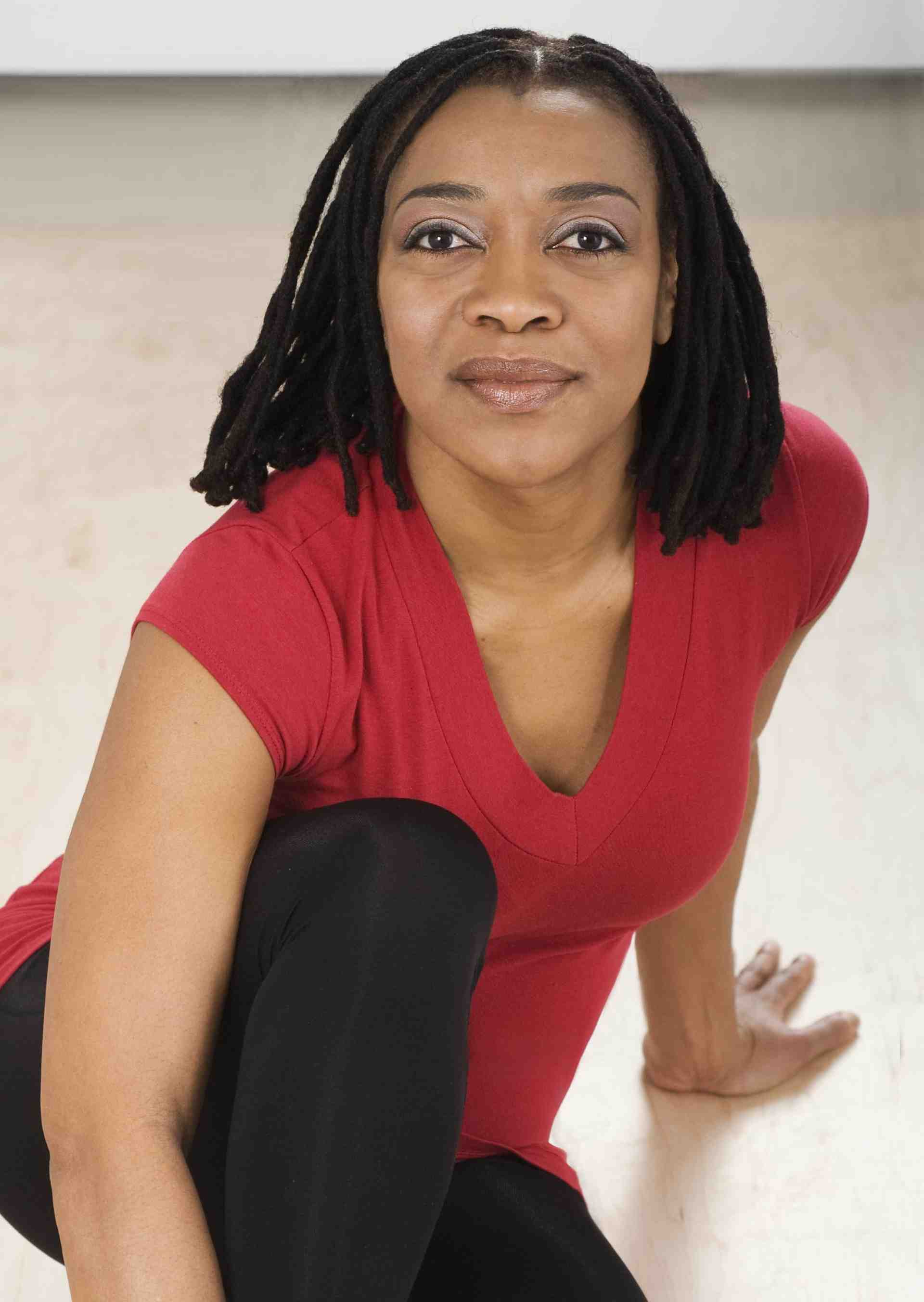