Dean is a young ex-sniper, just back from Afghanistan, struggling to find work.  His family is disintegrating before his eyes, his wife is ready to divorce him a second time, yet players on both ends of the political spectrum find Dean’s special talents oddly appealing.   Gass states, “This startling dark comedy is destined to become a Walker classic, a play that sits dangerously, eerily and hilariously on the razor edge between desperation and disaster.” 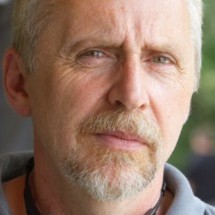 George F. Walker is one of Canada’s most prolific and widely produced playwrights. He has received nine Chalmers Awards, five Dora Awards and three Governor General’s Awards. He is also the recipient of the Order of Canada. His plays have met with critical and popular success in hundreds of productions worldwide and have been translated into German, French, Hebrew, Turkish, Polish, Portuguese, Spanish, Hungarian, Mandarin and Japanese. In 1997, Suburban Motel – 6 plays located in the same motel room – premiered in Canada under Walker’s direction at Factory Theatre in Toronto and in New York at Rattlestick Productions and have had numerous productions throughout the USA, the UK and Europe, including the Schaubühne in Berlin. Walker’s other plays include Heaven, Suburban Motel, Nothing Sacred, Criminals in Love, Zastrozzi, Love and Anger, Better Living and Escape from Happiness. Walker has extensive television and radio credits including creative consultant to CBS’s Due South and Ken Finkleman’s Newsroom (CBC). Along with Dani Romain, George F. Walker is also the writer and creator of Living In Your Car for TMN, This is Wonderland for CBC, The Weight on the Movie Network, and the feature film Niagara Motel.