How Do I Love Thee? 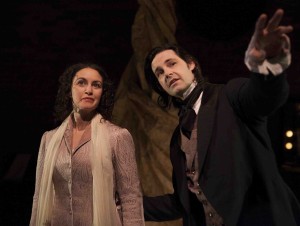 THANK YOU, Toronto audiences
for the tremendous success of
HOW DO I LOVE THEE?

“NNNN Florence Gibson MacDonald’s How Do I Love Thee? rips the filigreed facade off the relationship between poets Elizabeth Barrett and Robert Browning, revealing not genteel declarations of tender love but passionate, drug-induced exclamations filled with lust, jealousy and obsession.” NOW Magazine

Penned by the author of the award-winning Belle and Home is My Road, How Do I Love Thee? is a language-rich exploration of both the euphoric and darker sides of the complex marriage of Elizabeth Barrett Browning and Robert Browning, Victorian poets who enjoyed ‘rock star status’ at the heights of their careers.

“An exquisite production in every way: writing, direction, acting and design.” The Slotkin Letter

“It’s wonderful to hear such smart, beautiful, poetic and evocative language expressing emotions from the most euphoric to the darkest depression in a contemporary play, especially a Canadian one. It’s a rare treat, especially delivered by such a talented cast.” Broadwayworld.com

“How Do I Love Thee? Let me count the ways… a gorgeous new play” Scenechanges.com

“With the play you can watch Matthew Edison and Irene Poole take over the stage. They will fill you with hope and break your heart. I highly recommend this play.” Mooney on Theatre 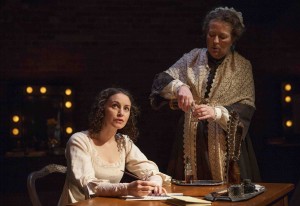 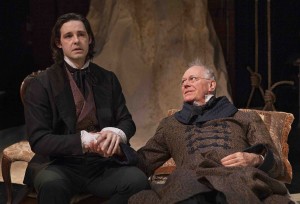 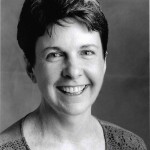 Florence MacDonald’s award winning plays include the internationally produced Belle, which premiered at Factory Theatre in 2000, directed by Ken Gass, as well as Elevator, Take Care of Me, Home is My Road, (also directed by Ken Gass) and Missing. With choreographer Shawn Byfield, she co-created the Dora Award-winning tap dance show, i think i can. She is currently working on The Fighting Spirit for YPT, her one-woman show Love Handles, and her novel Stout. 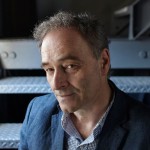 Ken Gass is the founding artistic director of Canadian Rep Theatre and Factory Theatre (1970-79; 1996-2012). Gass has directed numerous notable productions including The Rez Sisters by Tomson Highway; Belle by Florence Gibson (Best Director Award, Ottawa); The Leisure Society by Francois Archambault (Dora Award, Outstanding Direction); Apple by Verne Thiessen; The Tiger of Malaya by Hiro Kanagawa; A Short History of Night by John Mighton; fareWel by Ian Ross; and several acclaimed revivals of plays by George F. Walker including Better Living, Escape From Happiness, Beyond Mozambique, and Tough! Gass is the winner of the Premier’s Award for Excellence in the Arts, the George Luscombe Award for theatre mentoring, the Toronto Theatre Critics’ Award for contribution to Toronto Theatre, the Toronto Arts Award, and is a recipient of the prestigious Silver Ticket Award. 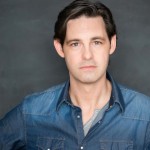 A graduate of the Stella Adler Conservatory of Acting in New York City, Matt made his theatrical debut in the Canadian premiere of Martin McDonagh’s The Beauty Queen of Leenane  at Canadian Stage , Toronto. He reprised this role the following year at the Manitoba Theatre Centre. More recent productions include An Enemy of the People and Sextet  (Tarragon Theatre), Venus in Fur (Manitoba Theatre Centre) Race, Amadeus and Proof (Canadian Stage); Winter’s Tale (NAC); A Christmas Carol, Loot, Awake and Sing!, The Caretaker, The Real Thing and School for Wives (Soulpepper); The Man Who Came to Dinner and Fanny’s First Play (Shaw Festival).

Matthew’s stage play Domino Heart premiered at the Tarragon Theatre to great acclaim and numerous award nominations. His adaptation for CBC Radio Drama was touted as one of the most successful produced that year.

Matthew has been a member of the Banff Playwrights Colony, The Tarragon Playwrights Unit and the Canstage Play Creation Group. 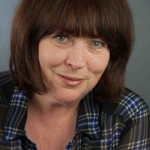 Nora has worked all over North America, including 26 seasons with the Shaw Festival and Stratford Festivals combined. Select Shaw Festival productions include St. Joan, The Skin of our Teeth, The Women, The House of Bernarda Alba, Mrs. Warren’s Profession and Gypsy. Select Stratford Shakespeare Festival productions include George F. Walker’s new musical King of Thieves, Oklahoma!, Cabaret, Pentacost, The Trojan Women and The Matchmaker. Nora is a four-time Dora Award nominee and three-time Jessie Award winner. Nora is the Associate Artistic Director of Theatre 20. 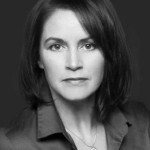 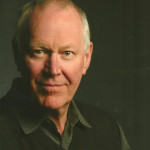 David is an actor and director with thirty seasons with the Shaw Festival, last appearing in On The Rocks and The Admirable Crichton.  His most recent appearance at Theatre Aquarius was in And Then There Were None. He spent four seasons with Stratford Festival and has appeared in major roles in theatres across the country including The Vancouver Playhouse, The Citadel (Edmonton),  Alberta Theatre Projects, Theatre Calgary, Canadian Stage, YPT, Tarragon Theatre, Saidye Bronfman, Centaur Theatre, Theatre New Brunswick and Neptune Theatre.

His recent directing credits include Present Laughter and Village Wooing (Shaw Festival); The Canadian Premiere of Bent, Moon For The Misbegotten (Manitoba Theatre Centre); And When I Wake (Neptune Theatre) The Way of Love, The Way of Strife (Citadel/City Stage) 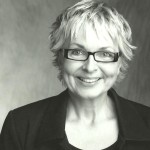 This is Diane’s second play stage managing for Canadian Rep Theatre, after Pacamambo last season.  Her other recent credits include six seasons at Shaw Festival and The Valley (Essential Collective Theatre). Upcoming credits include Top Girls and The Divine: A Play for Sarah Bernhardt at The Shaw Festival.